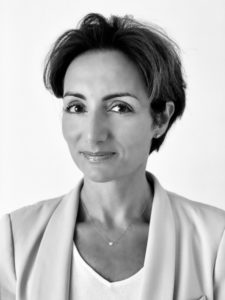 Tara Joseph has been an agent, manager and impresario within the entertainment industry for over 25 years. Originally from London but now living in Los Angeles, Tara started as a talent agent at the William Morris Agency representing some amazing artists such as Victoria Beckham, Jamie Dornan, Charlie Hunnam and Elle Macpherson to name a few.

In the early 2000’s, Tara moved into music management where she managed Nicole and Natalie Appleton of All Saints.  From there, she managed a number of recording artists, before meeting classical superstar, mezzo soprano, Katherine Jenkins, whom she represented for eight years.   Taking Katherine to global stardom, she helped transform her into a household name and become a British icon.

She continues to work as a manager within the music industry, working closely with Universal Music on a number of exciting artists, as well as representing the world renowned producer, Patrick Hamilton, who is signed to Decca Publishing (Universal Music Group) and 1631 Records, classical singing sensation, Emanne Beasha (11yrs), who was a finalist on America’s Got Talent 2019 and is signed to Sony/ATV Publishing.  Tara also manages Australian born, Josh Piterman, who is currently playing the title role in Phantom of the Opera in London’s West End.

In recent times, Tara has also diversified into television formatting and production and is currently in development with some groundbreaking TV formats through her production company, Dantar Productions.

Tara also hosts a successful Podcast called For Love And Music.  To learn more about Tara and meet some of her amazing guests, please click on the Podcast tab above.